Tales from the Jazz Side with Sheila Jordan episode #18 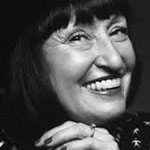 Tales is coming to you with guest vocalist/songwriter Sheila Jordan.

“Sheila Jordan is one of the Jazz world’s best kept secrets.”
– Blue Note –

With 51+ albums to her credit, how could she be the best kept secret? People “in the know”, and what I mean by that, people who are true jazz lovers and listeners definitely know who Sheila Jordan is and what is so uncommon about her. She is one of the first vocalist to perform exclusively using just a bassist. When they speak about song stylist, story tellers, makers of history, Ms. Jordan is smack dab in the middle. Starting from her humble beginnings in the coal mining town of Pennsylvania to Chicago, where there, she dared to cross the lines of ignorance, willingly standing up to irrational racism. Her days in New York City. Her unique relationship with Charlie Parker, all the while living, performing , yes singing. That is where her heart was and still is to this day.

This legacy interview gives us all the opportunity to listen to the history of  jazz and how it was perceived by one of the world’s rare and ingenious vocalist. Ms. Jordan’s career spanning over 80 years speaks directly as the voice of the original generation of  jazz. You can’t know jazz or understand jazz unless you have heard this story. Sheila Jordan’s story.

“Gliding, soaring on the wind. You’re a sight of glory
Flying way up there so high. Wonder what’s your story?”
from Bird Alone by Abbey Lincoln No longer to wonder, now is to know. I feel very honored to have Ms. Sheila Jordan on this episode of Tales. I’ve listened to her unique and original song styling for most of my musical life and have discovered that appositeness of subtly is definitely an obscure concept these days. Most singers today, sing using acrobatics, digital voice assistance, bells and whistles, anything and everything goes, all running after the latest sound that is most heard and familiar. And then there are the true innovators. The singers who find the illusive truth of the self that is all too often hidden between the notes and words. For Ms. Jordan that truth is her ever constant companion and together they move as one in the world offering to each listener an experience that is rare, profound and colored by love.

During the interview, we spoke on these things and I wanted to list them here so that you can check them out and discover all the wonderful things about this extraordinary woman.

A recording on Riverside (For out of work coal miners) – You Are My Sunshine, (written by ? no one knows for sure)

Queen Aliquippa and the town named after her.

Visit Sheila Jordan website to get the latest on her upcoming performance, her music, her workshop series and the latest news and releases.

Raised in poverty in Pennsylvania’s coal-mining country, Jordan began singing as a child and by the time she was in her early teens was working semi-professionally in Detroit clubs. Her first great influence was Charlie Parker and, indeed, most of her influences have been instrumentalists rather than singers. Working chiefly with black musicians, she met with disapproval from the white community but persisted with her career. She was a member of a vocal trio, Skeeter, Mitch And Jean (she was Jean), who sang versions of Parker’s solos in a manner akin to that of the later Lambert, Hendricks And Ross.

After moving to New York in the early 50s, she married Parker’s pianist, Duke Jordan, and studied with Lennie Tristano, but it was not until the early 60s that she made her first recordings. One of these was under her own name, the other was “The Outer View” with George Russell, which featured a famous 10-minute version of “You Are My Sunshine”.

In the mid-60s her work encompassed jazz liturgies sung in churches and extensive club work, but her appeal was narrow even within the confines of jazz. By the late 70s jazz audiences had begun to understand her uncompromising style a little more and her popularity increased – as did her appearances on record, which included albums with pianist Steve Kuhn, whose quartet she joined, and an album, Home, comprising a selection of Robert Creeley’s poems set to music and arranged by Steve Swallow.

A 1983 duo set with bassist Harvie Swartz, “Old Time Feeling”, comprises several of the standards Jordan regularly features in her live repertoire, while 1990’s “Lost And Found” pays tribute to her bebop roots. Both sets display her unique musical trademarks, such as the frequent and unexpected sweeping changes of pitch, which still tend to confound an uninitiated audience. Her preference to the bass and voice set led to another remarkable collaboration with bassist Cameron Brown, whom she has been performing with all over the world for more than ten years so far and they have released the live albums “I’ve Grown Accustomed to the Bass” and “Celebration”. Entirely non-derivative, Jordan is one of only a tiny handful of jazz singers who fully deserve the appellation and for whom no other term will do.